From “Woah I haven’t had that many vegetables in my life” to a story of a Boy crossing borders in search of a new life. The first few days of the first week were impactful to say the least.

On the first day of Junior Farmers camp, I was a little intimidated due to the fact that these are formative years of kids’ lives, yet as I entered the Allighieri, the overthinking was thrown out the window as I was greeted by a lively group in an active playground. After a few introductions, the Junior Farmer Teachers and Climate Corps called the stampede of children to round up for the formal introductions to the group. We started to gauge everybody’s confidence and levels of comfortability.

The plan for the day was to start making notebooks from scratch! We used a piece of folded watercolor paper as the cover, which the kids decorates themselves, filled them with paper and used hemp string for the binding. We started off a bit slowly and needed lots of time to punch holes in the books. 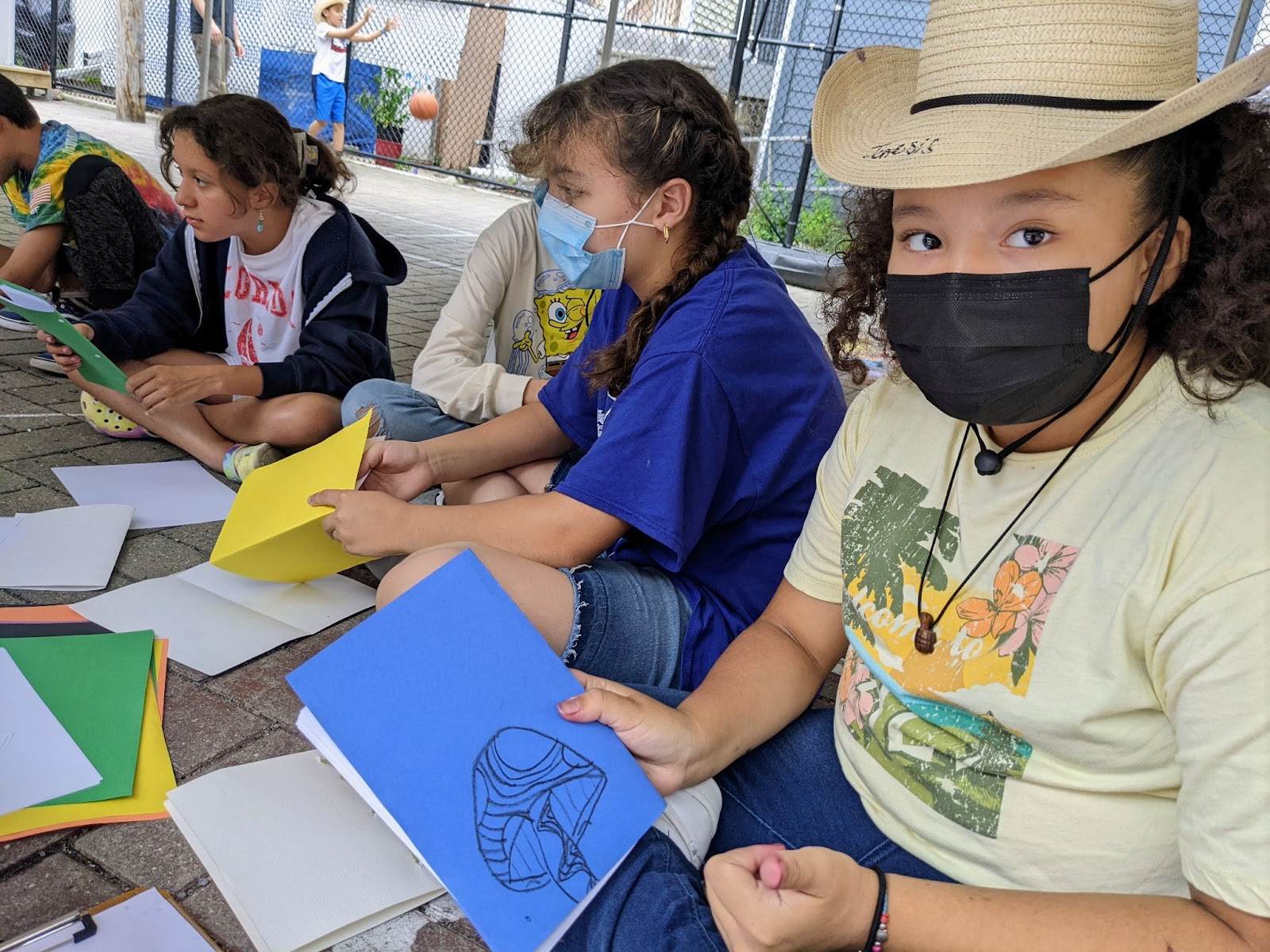 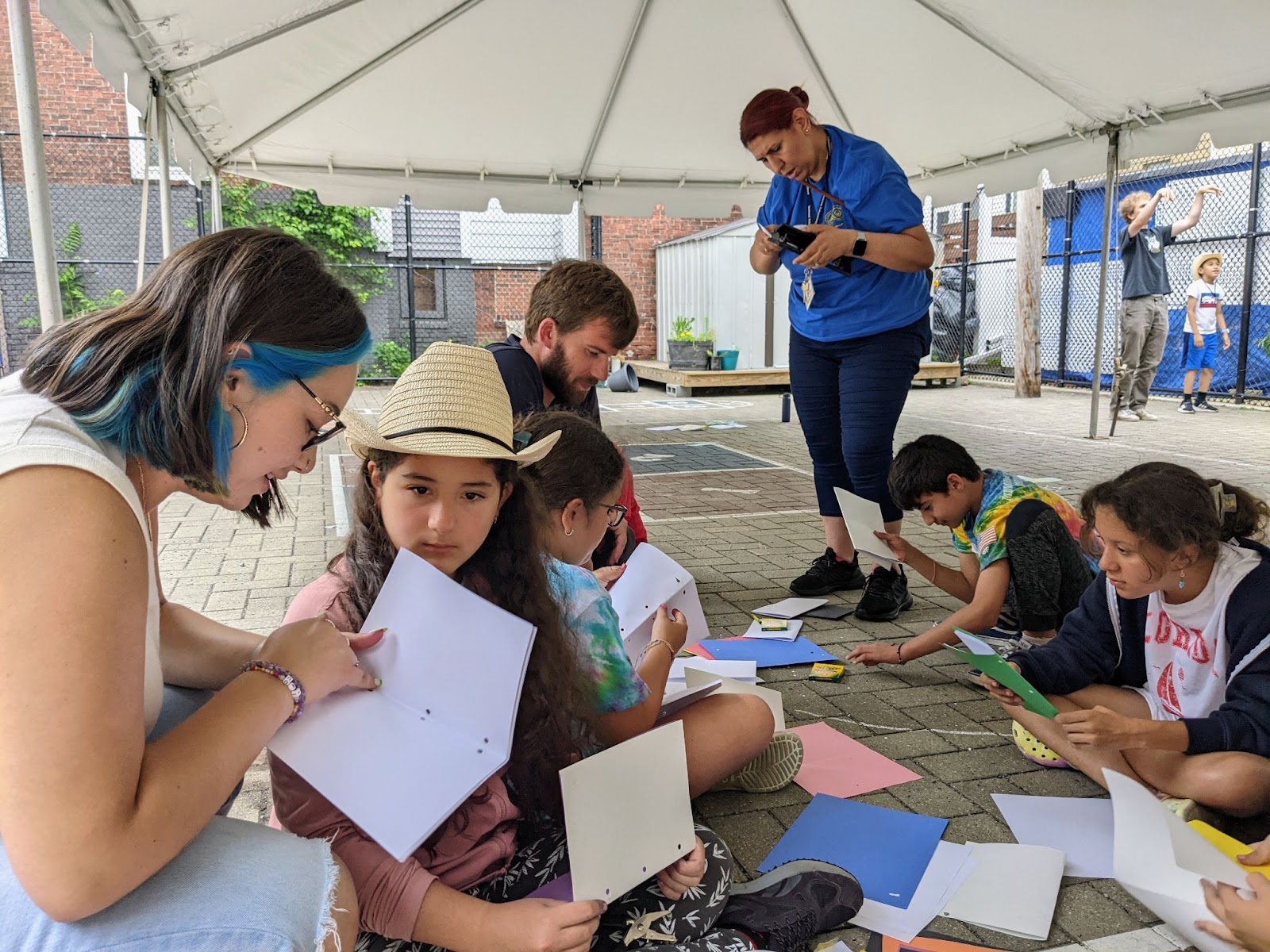 As we moved along the kids started really enjoying themselves decorating their own notebooks, the introduction to group A was very artistic. The first day was over and I eagerly prepared for the second day.

On the second day as I walked in I noticed one of the kids was having a difficult time and I approached him to talk to get a better understanding of why he was acting the way was acting. I waited quietly while he settled and was able to calm him down by connecting with him. The JFT and CC again together huddled the group of kids together and prepared for the second day, this time I was with a different group– group B was a group of really joyful and inquisitive kids. Including the children of former Eastie classmates. The second day’s plan was to head to 294 Sumner St Garden– we made our way on this hot day to look for shade under the mulberry tree. We extended the tarp on the bottom of the ground to collect the abundance of berries, and prepared group B to work on their notebooks with the simple instruction to find something that inspires them to decorate their notebooks– with this they began their journey into the garden.

We were able to harvest a few beets although they had a few days to ripen–the brave bunch of kids took big bites and quickly realized the earthy taste… a few ate it all and the one that didn’t learned about compost.

The beet taste definitely needed alleviation so with mulberries which resulted in purple finger “ Mulberry Haannnddssss” a few carrots and cherry tomatoes they could eat from the distribution stock at the garden. They stuffed their faces, as we started walking back to the school one of the girls says, “Woah I haven’t had that many vegetables in my life” with cheek full of veggies and two different kinds in each hand, plus buckets full of mulberries, second day was a success. 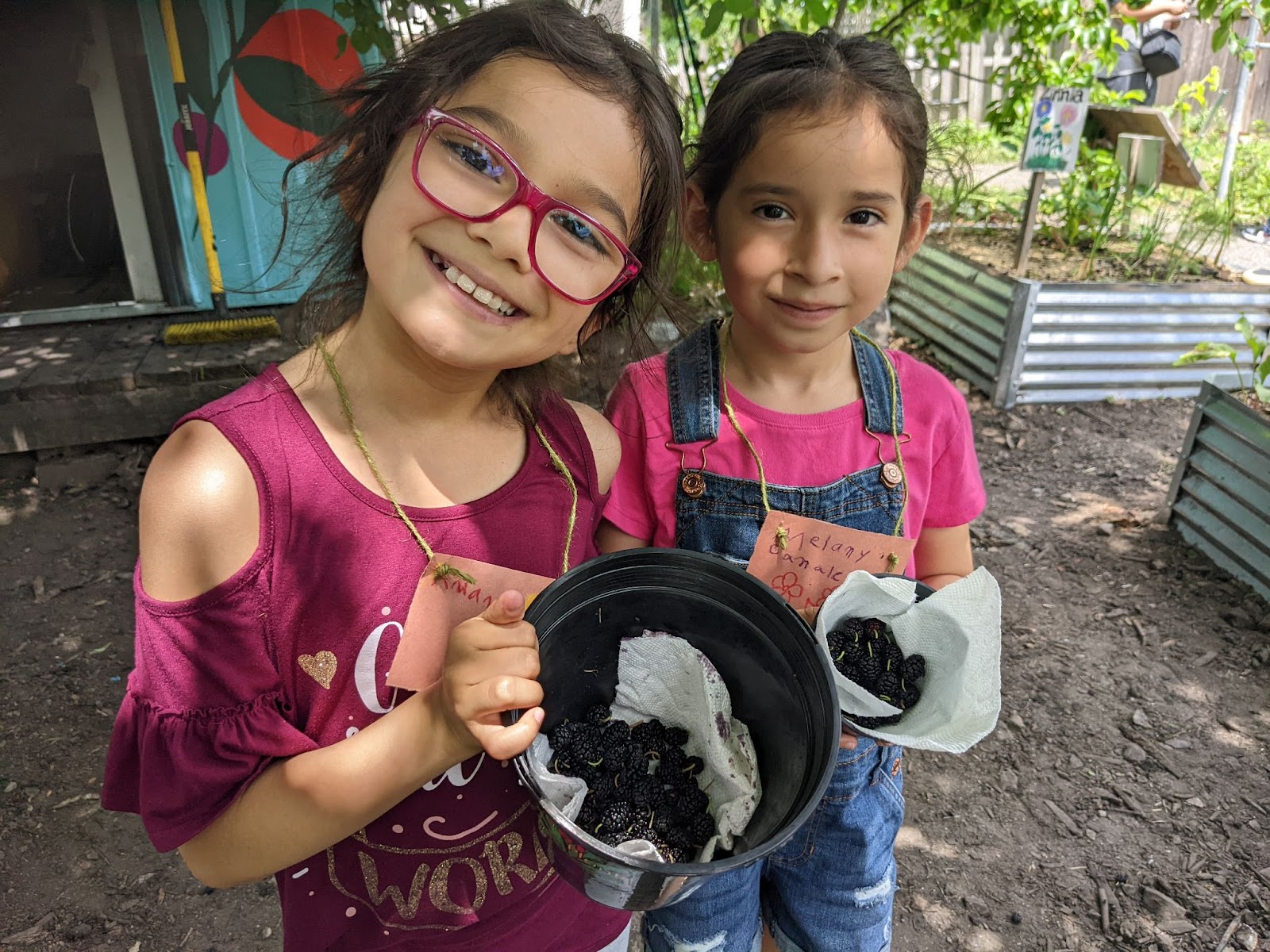 On the third day of Junior Farmers I was greeted by the same kid, who the day prior had a difficult start, this time with a smile on his face and saying “Hola! Profe”… wow, I’m taken aback by that title– a title that I have given people who have really helped me through some tough times and hearing it directed towards me definitely gave me perspective on how I’m regarded. The third day was with group C and to my surprise as we prepared to head out, he was in the group. We started walking from the Allighieri to Our Garden. As we made our way the boy started sharing the story about his life. A immigrant story oh so familiar yet different from many in Eastie that I have heard. Another one of his classmates, a 3rd generation immigrant, was amazed and in awe at the story of one of his classmates, who he overtowers in height and comprehension. The walk to the garden definitely was monumental, yet that was just the beginning. When we arrived at Our Garden everyone was excited to see the lush greenery.

As we entered everyone was eager and excited and rushed to see the berry bushes and next to it was a cage with some plant inside and a bird had walked into it, they were all in awe and rushed the bird making it panic, I immediately had them back up, and my first lesson was apparent. I had them all sit in a circle and explained to them that rushing a little bird in a cage would hurt it, and even if you want to see it up close, you have to be careful and not startle it because it would hurt itself trying to escape–a lesson on gentleness was necessary when entering the garden. I then proceeded to have them sit in the rows in between the garden beds. A few of them really loved sitting in silence and peacefully.

The first three days were very impactful, being able to learn and teach lessons to a younger generation definitely gave me the perspective of what would help the sustainability of the community. I am all too familiar with immigrant stories in East Boston and the effects on kids as they grow up. I am glad I am able to aid many kids with understanding of their environment. 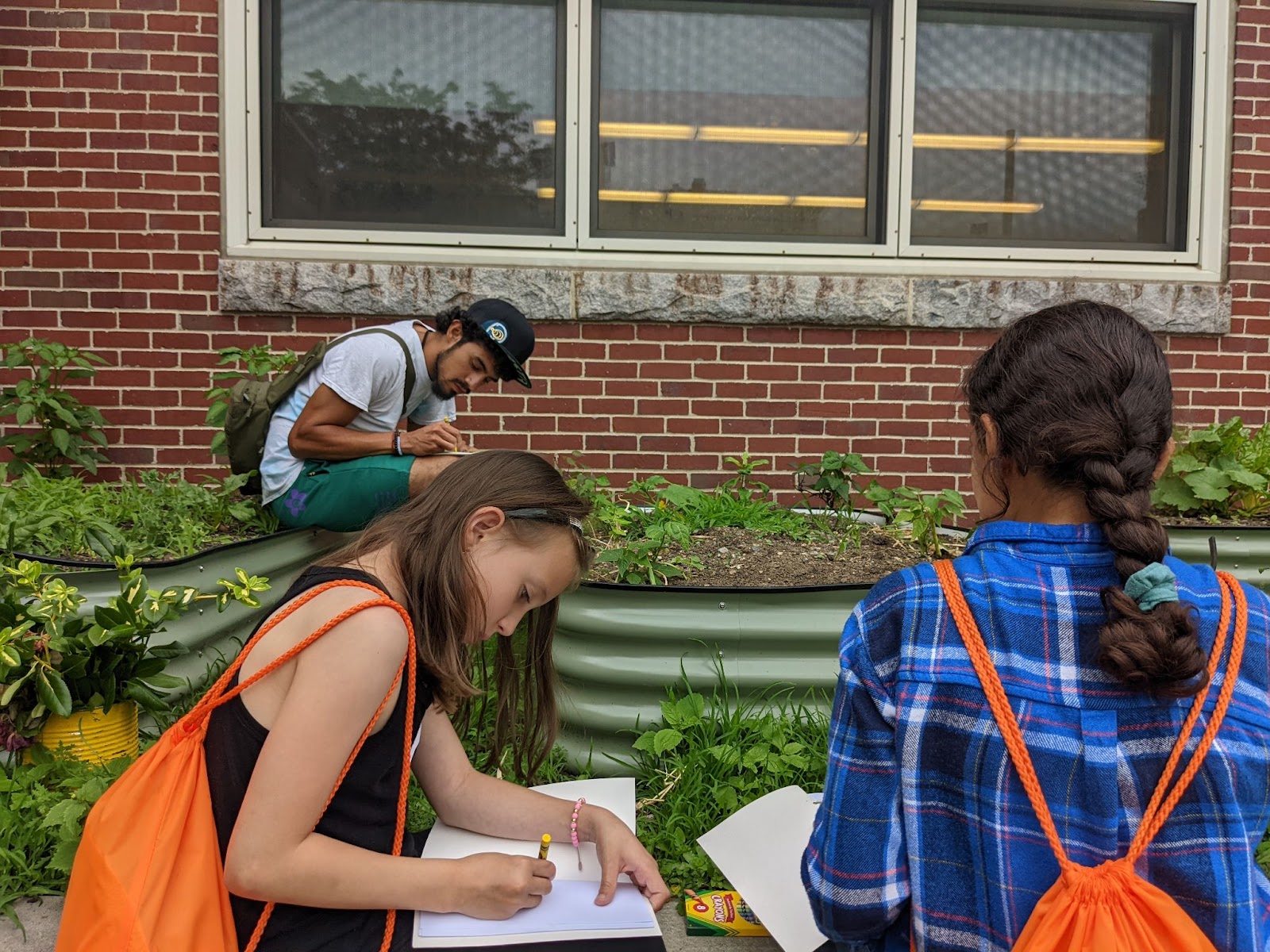 View all posts by jennywechter